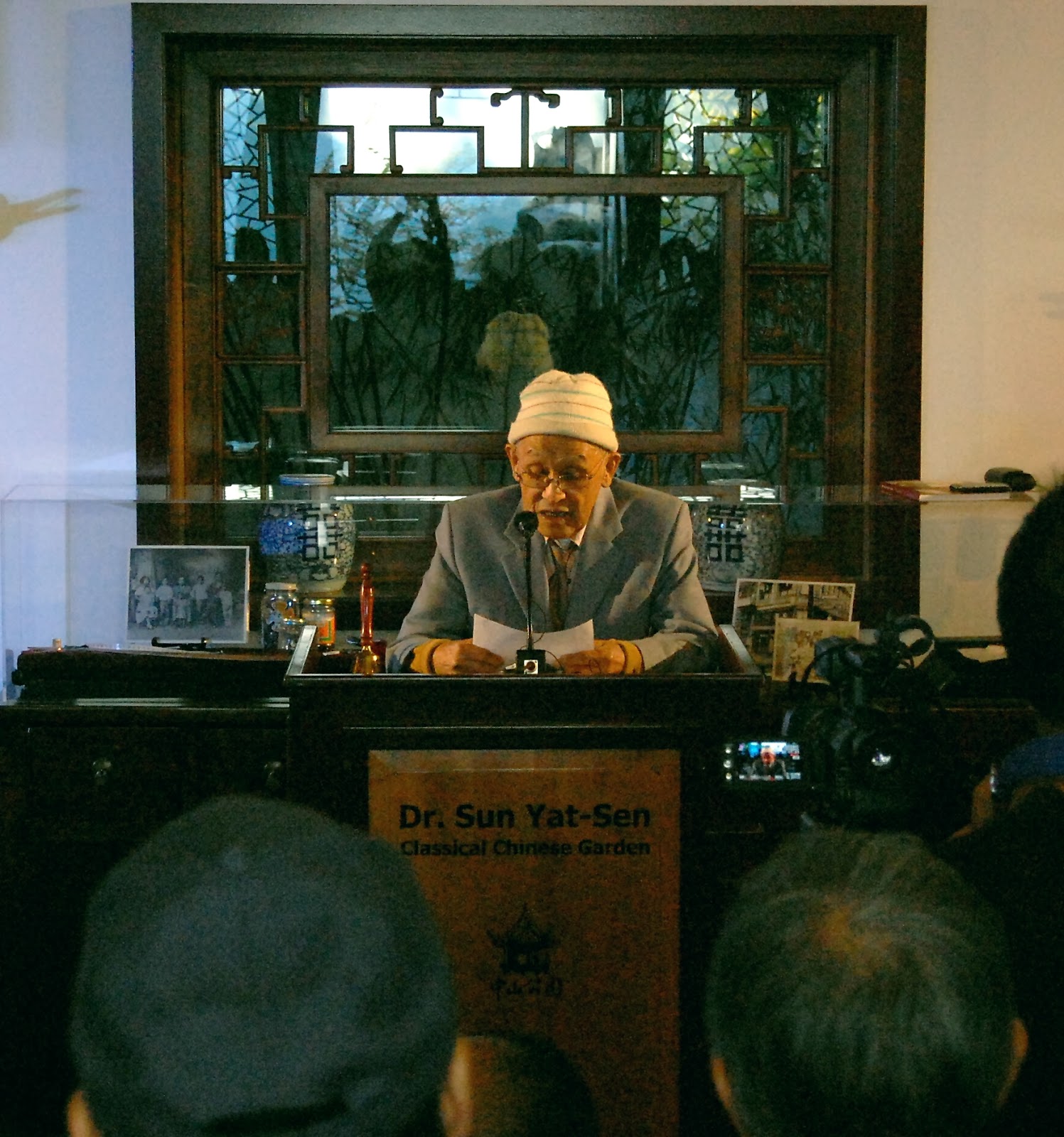 At a packed hall at Dr. Sun Yat-Sen Classical Chinese Garden in Vancouver's Chinatown,  City of Vancouver councilor Kerry Jang surprised the audience with the announcement that November 3, 2013 was officially "Modernize Tailors Day."

It was made in honour the 100th anniversary of operation at the legendary sartorial establishment.

Following the declaration, Bill Wong, son Steve Wong, and other members of family read passages from Bill's soon-to-be-published book which recounts his year in China as a fourteen-year-old boy.

A great day for Bill and the whole Wong family.

The event also opened a small exhibition featuring the history of Modernize Tailors. Check out the show at Dr. Sun Yat-Sen Classical Chinese Garden. It will run until November 30.

Posted by Modernize Tailors at 6:13 PM

Hi, I'm an Australian researcher interested in Chinese diaspora history, I would like to know how I could go about ordering a copy of Bill Wong's book? It has been featured on a few Chinese history pages here in Australia.

A useful blog.
I am so glad to get this blog.
Lots of thanx for sharing this.
Popular Tailor In Hong Kong

Unknown said...
This comment has been removed by the author.
11:37 PM

i am from vancouver and Samson WardrobesSteve guys are truly experts. They did an awesome job taking care of exactly what I needed and seem equipped to handle any relevant question in the business. No doubt that anyone could get what they need done here with professionalism and skill.

Fitting plays a major role in making your outfit to look better. This is one of the main reason why many people are now shifting their preference from ready to wear shirts to Custom Tailored Shirts Singapore